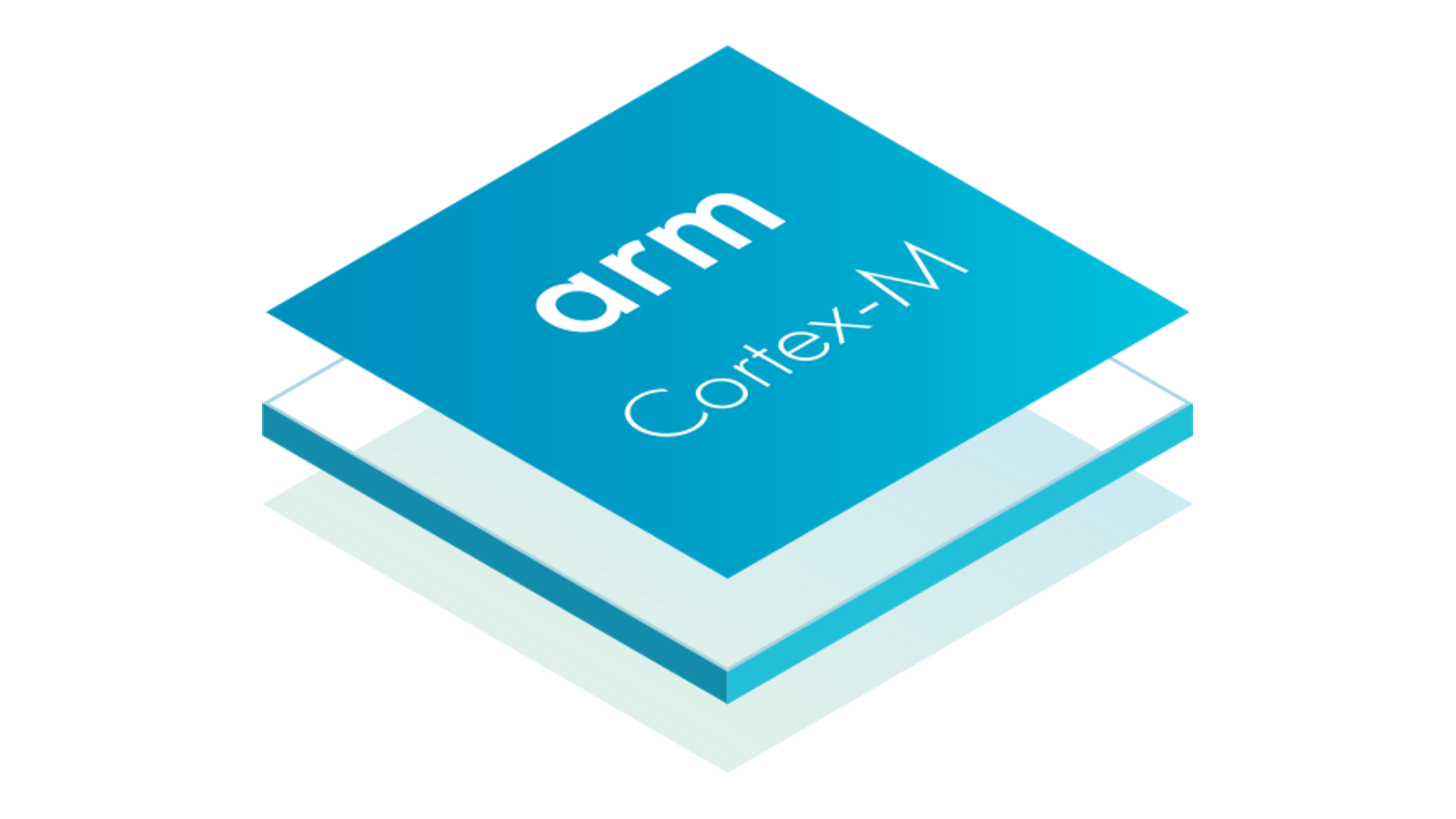 How we compared the 32 Bit 3D Printer Boards

We tried to find the most available boards in the market. The prices are based on USD Retail Prices as of Jan 2018 and if the boards were shields we factored in the additional hardware needed. The layout displays some basic specs that may be of interest when shopping for a 32 Bit 3D Printer board and keep in mind most heater and fan ports are interchangeable depending on the mosfet rating. Additional fans and other components can be added to spare pins but we left that out of this comparison.

These 32 Bit 3D Printer boards typically run a particular branch of RepRapFirmware. The Duet family can all be controlled through a web interface, but they also support a touchscreen called the PanelDue. They all have a connector for an expansion board containing additional stepper drivers and I/O circuitry – the DueX4 for the Duet 0.6 and 0.8.5, and the DueX2 and DueX5 for the Duet WiFi and Duet Ethernet.

The firmware for the Duet family of boards is open-source, but most users should not need to modify the firmware itself, only working with settings stored on the internal SD card. Nevertheless it is a good idea to update your Duet to the most recent stable firmware. – source The Replicape is a blazing fast 32 bit 3d printer board. It runs on with a BeagleBone Black, with a 1GHz CPU and two 200MHz PRUs.

The Replicape is smart and connected. Interact with your printer via browser while simultaneously printing. –source The Re-Arm micro controller board is more powerful and built with a faster processor, enabling faster feed rates for you 3D printer. The board has an SD card slot for firmware and configuration files, but also supports a second SD card connected via an LCD screen for project file loading. Having a separate configuration file outside of the firmware makes settings changes much easier than other boards which require new firmware for any and all settings changes. The configuration is a text file, making changes from a computer easy and fast. –source Arduino DUE with RADDS 1.5

The RepRap Arduino-Due Driver Shield is a daughter board for the 32-bit Arduino Due.  Although similar to the 8 bit RAMPS board it offers much more processing power and enables your 3D printer to print faster with greater precision.

12bit ADC (analog to digital converter) has been upgraded from 10 to 12 bit. Now temperature calculation is done on 4096 measure points instead of 1024. This gives a 4x better temperature resolution and improves the precision of temperature readings.

In addition to better temperature resolution, the new firmware includes an algorithm that uses 660 measure points to extrapolate results. This elevates the RADDS to a new level of temperature control for RepRap 3D printing. –source The Smoothieboards are numerical fabrication controllers designed to run the Open-Source Smoothieware firmware, by a community of volunteers.

They come into a range of different versions, with different feature sets and advantages.

All Smoothieboards are designed to run on the most powerful hardware in their price range at the time of their conception, to be easy to expand for new and adventurous uses, to be easy to develop on, and to be simple to use for normal users.

It has gone from an experimental project to a widely used and acclaimed system.

The board comes in 3 versions, 3X, 4X and 5X, with different sets of peripherals each. –source This is Archim v1.0a. The Archim Rambo 1.0 board is an all in one 3D printer motherboard. It is an original RAMBo style design with the Atmel SAM3X8E  processor (same as Arduino Due) and DRV8825 stepper drivers all on one integrated PCB. Archim is named after the mathematician Archimedes. The RAMBo stands for (R)epRap (A)rduino-compatible (M)other (Bo)ard. MKS SBASE is a feature rich all-in-one electronics solution for Reprap and other CNC devices. It features an onboard ARM-Cortex M3 LPC1768. Its five motor outputs are powered by DRV8825 stepper drivers. The board can use the same firmware as Ramps1.4. MKS SBASE is designed to be flexible in the user’s power source availability, allowing any power supply from 12V-24V.
MKS SBASE is suitable for 3D printer manufacturers on batch production, and being used as main control board. Relative to the Ramps1.4, it adds E1 heating output. MKS SBASE is suitable for dual-Extruder machine. Arduino DUE with RAMPS-FD (Discontinued)

The only safe version of Ramps-FD is the V2.A, issued in February 2014. Former versions present high safety risks which were solved by the V2 issue. Unfortunately, The only Ramps-FD available on the market is yet (february 2016) on revision 1.2, while its manufacturer was repeatedly advised that the only safe version is the 2.A. Beware of confusing wording and absence of clear board revision mention from sellers. So, till the issue of a 2.A version, the Ramps-FD board shall be avoided. If you buy one, its better destination is a shelf for component reuse or a bin if you don’t have the knowledge or will to modify it.

Arduino Due is the new Arduino board that is using an ARM Cortex M3 CPU. The Atmel SAM3X8E chip used on the Due operates at 3.3V and is not compatible with 5V. Therefore the RAMPS shield will not work with Due, and worse applying 5V to the Due’s inputs will likely damage the chip. Therefore there are several possibilities: create a new RAMPS variant which is compatible with the Due. Possibly could also be made backwards compatible with Mega. create a RAMPS Interface Board (RIB) to sit between Due and RAMPS to perform level-shifting, and any other needed functions. The X5 mini WIFI is a 32 bit ARM based Motion controller for 3D printers, CNC Machines and Laser cutters. The X5 mini runs on Smoothieware firmware and is based on Smoothieboard by the awesome Arthur Wolf. The X5 mini WIFI uses the powerful 32bit, 120Mhz NXP LPC1769 ARM chip capable of faster calculations for faster and smoother movements without breaking a sweat.

Configuration is easier using a text based config file loaded on the SD card, no need to upload firmware every time you make a change. Just edit the config file from your PC then reboot the board with the new config and you’re done.

Wifi Module has its own separate web control page to control and operate the printer remotely. You can transfer files directly to the main SD card and edit the config file on any PC, Phone or Tablet using Wifi. Web Control can also display video when using an IP camera. Wifi Module firmware custom made by Luc Lebosse. –source Which 32 bit 3D Printer board do you like best? We have out eye on the Replicape and RADDS. Replicape has some great benefits using the Beagle Bone. RADDS is also compatible with the UDOO SBC Line which is very interesting heh heh. But the Duet Wifi seems to be the most popular choice these days.

Did we miss one? Let us know in the comments! Did we get something wrong? Yep, it happens drop us some intel and we’ll update the post. If you need help or are a beginner in 3D Printing and want to get started, check out our post: http://3daddict.com/beginner-guide-marlin-printer-firmware/

3D Printer Microcontroller – What is it and what do they do?

ANET Mainboard 3D Printer Controller and why it rocks

The Extruder Which One to Choose for your 3D Printer