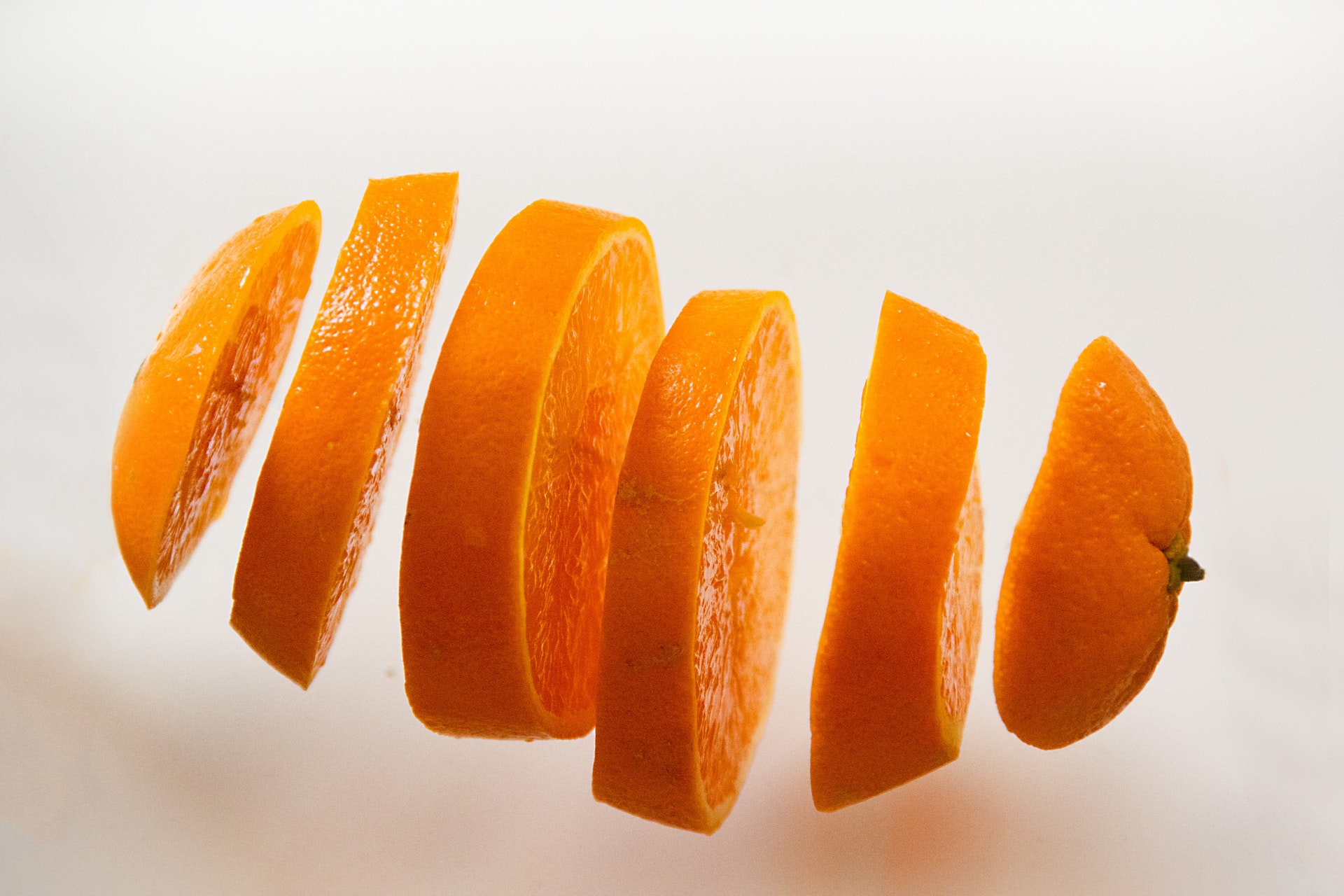 What are 3D Printer Slicers? You have a 3D model, you want to get it printed, but your printer won’t accept any file formats you can export to. The printer will only except a GCode file. Not a single modeling tool you can get ahold of spits out GCode, right? This is where a slicer comes in, and a little history about your 3D printer’s predecessors and CNC (Computer Numerical Control) technology.

Your 3D printer is essentially a CNC machine. It works on the same principles as a CNC Lathe, Mille, Laser Engraver, robot, and so on. These machines were designed to give engineers complete and total control of what they did. It’s not like the printer on your desk where your computer can just send It an image. There are a plethora of settings that control exactly how your 3D print will come out. There’s temperatures, fans, extrusion rates, retraction, priming, and so on. There’s some measure of manual control in running a 3D printer, just as there is in a large, subtractive CNC machine, where you’re controlling tooling, feed rates, and a million other variables.

In principle, these settings could be built into your 3D printer, BUT there’s a problem there. The settings are too elaborate, the processor in your 3D printer is a very simple, affordable microcontroller, and it would just be painful to work on. We need to turn your file into instructions that your printer understands. The printer will never “know” what the final product looks like, but it doesn’t have to. It just needs to know to take that left at Albuquerque. GCode instructions are basically “extrude 1mm, move left, extrude 2mm, move right.” They’re written in a special language, which makes it best to use a dedicated program to generate. That is, we need 3D Printer Slicers.

We’re going to look at three of the most popular slicers currently on the market. Some of these are paid programs, others are open source. There’s a massive array out there besides these three, but these are the ones that are generally recognized any time you show up at a Makerspace and ask about 3D printing.

Note: this isn’t a ranking. These are presented without any other order than ‘I wrote 20 names on a paper and these 3 survived the culling.’

Cura is an open source tool, often repackaged and distributed by 3D printer manufacturers with their own specific customizations. It was first created by David Braam, who was then hired by Ultimaker to maintain and update Cura going forward. In a sense, it is and isn’t Ultimaker’s slicer. They contribute greatly to its development, but they don’t own it. It’s available on a wide range of platforms, windows, mac, and linux.

Over the years, Cura has come a long way, adding new features and capabilities. Currently it supports a wide range of file formats, including STL, OBJ, X3D, and 3MF. Additional features can be added via plugins and the integrated market place.  Many manufacturers offer special profiles for their printers and materials, preconfiguring as much of the slicer as possible for your specific needs.

Essentially Cura is the quickest, easiest way to get started on your prints. It can usually figure out what you’re trying to make and get the job done without a lot of tinkering. Under the hood, there’s Expert Mode, which lets you adjust wall thickness, layers, layer height, the usual settings, and about a hundred other nitty-gritty details.

It’s not the most powerful of the 3D Printer Slicers on the market, but it’s easy to use. If you’re just getting started in 3D printing, start with Cura.

S3D is the opposite of Cura in every way really. It’s a paid program, not affiliated with any particular printer manufacturer. It’s closed source and available for Windows, Mac, and Linux. The biggest thing you’ll find here is control. Complete, total, and absurd levels of control over the printer and slicing process. You can adjust printing settings on a per-object and per-layer level, print objects all at once, print them sequentially, change printing speeds by layer, compensate for layer times, control the fan speed, manually create supports (super useful for when the automatic ones just won’t show in the right place), and more. You can basically have a precise set of settings for any part of your print.

The point of all this control is to be able to print anything, exactly the way you want to do it. You can squeeze out extra durability, or just save on material by strengthening only the parts of a model that really need it. You’re 3D printing an RC car. It’s going to crash into a lot of stuff, but really, only the lower parts of it are ever going to impact anything.  Set the first quarter or so of the print at 100% infill. The bumpers, and outermost sides of the car are now pure, solid plastic. There’s no sense making the hood, roof,  or any other bit of body work that sturdy, they’ll probably never come into any such rough contact.

In a mechanical application, this translates to making the walls thicker around areas where there will be more wear. It means spending plastic on high-stress areas, without making the entire thing a solid lump. It means changing the printing parameters entirely, for parts that might need different types of support altogether. The base of your model can work with low-resolution supports, but an overhang higher up needs more precision.

S3D has a cost and learning curve involved, but it gives you immense power to control the printing process over most other 3D Printer Slicers.

MatterHackers is an online store selling 3D printers, filament, accessories, and all the usual good stuff makers need. They also have their own slicer, aptly named MatterControl. This is an open source tool available on mac, linux, and windows (anyone seeing a pattern here?). It is a little on the weird side.

So far, all the slicers we’ve looked at were just that: slicers. MatterControl is more than a slicer. It lets you design your models directly in the app. There are some special models that can be customized in-app, allowing you to change text and other parameters. The design capabilities are good-enough for quick little projects. I don’t think anyone is going to make a dragon using these design tools, but for something quick like a handlebar grip, a drink coaster, or any of a million simple little tools, it’ll get the job done.

The slicing features however, suffer just a bit. The emphasis here is on the design capabilities, and you won’t get the highly configured profiles of Cura or the absurd control levels of S3D. You will however, get some other handy features. MatterControl includes remote printer monitoring and can send notifications over SMS and email. They have some ability to alter print settings mid-print, but this is mostly around extrusion rates, speed, and the print head’s Z-offset.

We think MatterControl could be a good, fast tool for when you need something simple. It’s not worth the rush of firing up your regular CAD programs, you just want to get the print started with a mostly primitive mesh that gets the job done. The presence of booleans and arrays makes it relatively powerful in this regard.

You just got a 3D printer, it’s all set up, calibrated, and just sitting there staring at you. You’re staring back at it, where does the 3D go? You attempt to feed it a file, like bread to a toaster, and it continues that blank, endless stare. It’s a perfectly good file, freshly minted .STEP. Maybe it’s a picky eater. The printer refuses to indulge any format you offer. No STL, OBJ, FBX, MB, MA, SLDPRT, even in a fit of desperation you try a BLEND file. Idle silence except the steady whir of the printer’s fan.

It turns out, 3D printers are incredibly dumb machines. They cannot understand 3D file formats and they don’t have the horsepower to generate tooling paths. That’s right, your printer is a CNC machine. It doesn’t process files, it just takes orders. You need to pre-process your 3D model into instructions that tell the printer what to do and when to do it, one instruction at a time. If you want to show off, maybe you’ll write a GCODE file by hand. If you’re like the rest of us, you need a slicer.

Now that you know what 3D Printer Slicers to start with checkout out these great articles on calibrating your 3d printer;

The Best OctoPrint Plugins to Enhance Your 3D Printing Experience

What Is the Flow of 3D Printing and How Do You Adjust It?

Top 3D Printers to buy on eBay for RepRap Conversion

August 10, 2017
We use cookies to ensure that we give you the best experience on our website. If you continue to use this site we will assume that you are happy with it.Ok