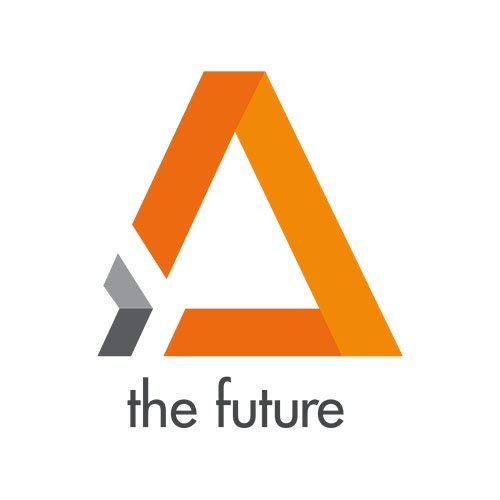 If you have been searching for the latest 3D Printers on kickstarter or habitually scroll the latest things on thingiverse, then you have no doubt seen Dagoma and their unique designs. What makes this company so special and what sets them apart from the others? We’ll it’s simple really, for Dagoma it’s not just a company but it’s a 3D Printing lifestyle for all. Their innovations are trendsetting and making 3D Printing affordable for all.

Dagoma was conceived as an idea in Shanghai, China, by French engineers Gauthier Vignon and Matthieu Régnier. This was back in 2012 when 3D Printers were expensive and complicated to operate. Gauthier and Matthieu were developing a 3D printed bicycle when they realized that 3D printing would make people’s lives easier and possibly better.

They were convinced that the technology could be re-designed to be made financially accessible and found in every home just like today’s robotic vacuums or smart thermostats.

“It took us two years of prototype development; two years every night, every weekend and every vacation to pull out a machine at $299, with a single button and no adjustments in France”. Said Gauthier Vignon

When the machine was ready, Gauthier and Matthieu went back to France to produce and market it and Dagoma was formed.

Born in 1981 and originally from Blois (France), this entrepreneur, engineer, worked for ten years in the industry and mass distribution before creating Dagoma. His seven years in China have allowed him to return with valuable professional experiences and contacts. Motivated by the desire to create value in France, he did not imagine basing his activity elsewhere than in the land where he was born. In life, Gauthier has two passions: innovation and ecology.

Born in 1988, Matthieu is an engineer that prefers hands on to office work. He is an absolute fan of new technologies and sports, dedicating his little free time to enjoy a mix of both. He grew up in Tourcoing (France), lived for four years in China, and now he lives in Santa Barbara, California. After six years working in IT development, he wanted to leave the comfort of large companies to create a structure that resembled him professionally and socially.

In December 2014, they launched the DiscoVery200, the most affordable 3D printer on the French market at the time.

This got the attention of investor Vincent Fournier who was interested in 3D Printing and technology. Shortly after they had their investor, Dagoma diversified by acquiring two filament brands: Filo3D and Chromatik.

Since then Dagoma has created a full product line of printers, joined the BDK collaborative platform, and have entered the Frenchweb 500 which is the top 500 French Tech companies.

Dagoma today has two factories in France and one in Goleta, California.

Dagoma employs approx. 75 people between the two factories in France. Their newest branch in California has 20 employees and is rapidly growing as they estimate on having a total of 40 people in our factory in Goleta by the end of 2017.

The DiscoVery200 is an open source Cartesian 3D Printer.

Dagoma’s first 3D Printer design that started it all with a build volume of 200x200x200mm.

This Design is only sold Assembled in France however, you can download, print and assemble your own from their thing on thingiverse.com The DiscoEasy200 the predecessor of the DiscoVery is also an open source Cartesian 3D Printer.

Manufactured and sold in France, the DiscoEasy200 is unique and accurate with prints up to 200x200x200mm in volume.

You can also download, print and assemble your own from their thing on thingiverse.com The Dagoma Explorer 350 3D printer is made in and sold in France.

This 3D printer offers a huge build volume of 350x350x350mm, a LCD screen and a heated build plate.

Designed with a 6163 aluminum profile frame, laser cutters, ball guide rails … It can achieve an accuracy of 100 microns.

NEVA came up as a way to offer people a product that could be used even by a little kid; something so easy to use that you only needed to hit one button.

The prototyping started a couple of years ago, right after we were marketing the discoVery200 (our first 3D printer). NEVA, in the beginning was very little, had no character, the arms were attached to the body; all in all, it was very clumsy.

The Dagoma team put a lot of time and thought into designing the NEVA that now is in the market. “We were very pleased to see NEVA come out the way “she” is. Yes, it’s a she…” Says Anouk Beseme

In fact, NEVA’s character that we used in our Kickstarter campaign back in May 2017 is actually the character of one our team members… shhhh, it’s a secret 😉

In order to fund our project, eventually Dagoma had to look for a couple of inventors: Vincent Fournier and Olivier Leclercq. With their investment, Dagoma could push the project forward creating NEVA and starting a new factory in Goleta, California. The Dagoma NEVA is a Delta Style 3D Printer.

Manufactured in Santa Barbara, California, NEVA is the newest 3D Printer in the DAGOMA family, and it’s 100% made in the U.S.A.!

The NEVA retails for $499 and you can order them online from Dagoma.

Dagoma has big goals for the next couple of years.

One goal is becoming a Top 3 3D printer manufacturer in the USA in terms of sales and coming up with new products starting in the first quarter of 2018. After that, the sky is the limit!!!

Dagoma’s mission is to make 3D printing accessible to all, for which they want to be everywhere in the world.

3D printing is a technology that helps to make our lives better. By making this technology affordable and easy to use, people with no skills in 3D printing will be able to have fun producing their own products at home at a really low price thanks to Dagoma’s approach in the industry. Note from the Author

Dagoma has been one of my favorite 3D Printing Manufacturers for a long time now. As a 3D Designer, I have operated many 3D Printers that were expensive and proprietary. I have personally printed and built one of the Dagoma 3D Printers and I was very impressed with the engineering being the design. One thing you can be sure of with the Dagoma product line is that you are getting a quality product with smart engineering being the design.

The way Dagoma has created their company, products and core beliefs is incredible. We need more companies with ideas that are unique like theirs, open source and are backed by a great support team like Dagoma’s. I am very excited to see what Dagoma does in the next couple of years!

I hope you have found this article interesting and happy printing! Be sure to leave a comment and please share this article.

July 28, 2017
We use cookies to ensure that we give you the best experience on our website. If you continue to use this site we will assume that you are happy with it.Ok